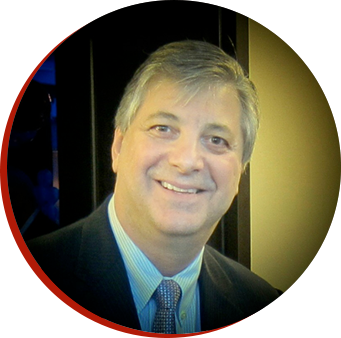 After graduating from New York University College of Dentistry in 1978, Dr. Daniel G. Pompa completed a General Practice Residency at Long Island Jewish Hospital, followed by specialty training in Oral and Maxillofacial Surgery at Lincoln Hospital, New York Medical College. In 1982, he became a Fellow of The American Association of Oral and Maxillofacial Surgeons and in 1992 a Fellow in The International Congress of Oral Implantologists. Dan is now a visiting speaker at eight Dental Schools throughout the U.S.

Dr. Pompa is now an author with eight courses on-line and has published in many journals such as:  The Journal of  the American Dental Association,  Dentistry  Today  and  the  New  York  State  Journal of  the  Academy of  General  Dentistry.  He has been featured as a Seminar Series Speaker/Consultant  for  the  American Dental Association. Dr. Pompa is now a Colgate Speaker and has a course “Medical Emergencies in the Dental Practice” on the Colgate Website.  Dentistry Today has cited Dr. Pompa as a “Leader in Continuing  Education in 2018, 2019 and 2020".  He has presented over 600 lectures both Nationally and Internationally. His main topic “Actions and Algorithms for Medical Emergencies, How to Save a Life - Including Your Own” has now been presented throughout the U.S. as well as in Canada, South America and in Europe.

Dan’s published articles are all available on the website: www.APS4DDS.com.

Dr. Daniel G. Pompa practiced  as an Oral and Maxillofacial Surgeon for over  30  years in New York  City and is now lecturing  full-time.  He  has  organized  several  Charity  Golf Tournaments to raise money for our Veterans  at  the  Northport  VA  Hospital. Dan has been the host of the  "New York Classic Film Club" which is in its sixth year and meets at the Port Washington Public Library on Long Island,  New  York.

Dr. Dan G. Pompa is also an inventor, having been issued a U.S. Patent for his contribution in  developing  a  protocol  for  CT  Guided Surgery in the field of Dental Implantology.

His patent (U.S. Patent #5,320,529) is cited today by over 250 patents. You can see more information about the patent on the link directly below:

Dr. Pompa now has six lectures which have been presented throughout the United States 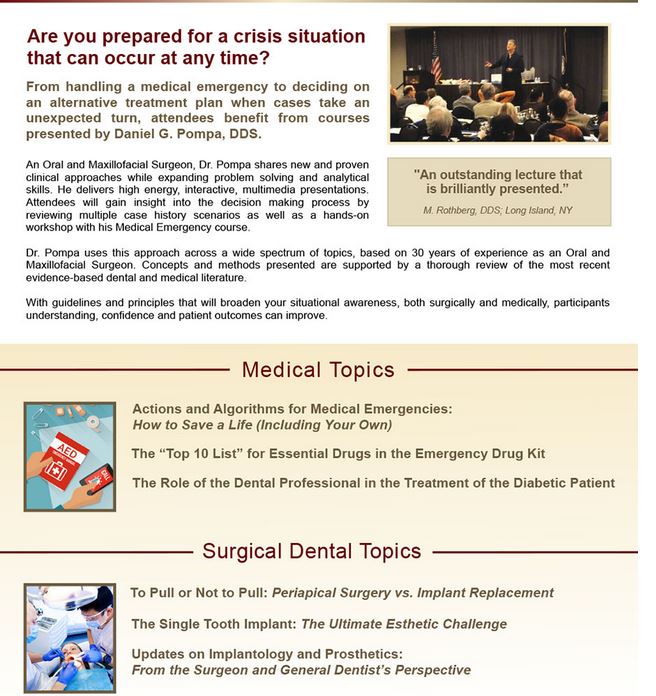